Welcome to POLITICO’s West Wing Playbook, your guide to the people and power centers in the Biden administration.

A year and a half after its existence was first reported on extensively by the New York Post, HUNTER BIDEN’s laptop is increasingly news to The Washington Post.

In the past several months, the Post has used correspondence from the laptop as a launching point for stories about Biden’s relationships with Fox News host TUCKER CARLSON and the president’s brother, FRANK BIDEN.

Like many other news outlets, the Post initially approached the laptop story skeptically, wary of its proprietors (STEVE BANNON and RUDY GIULIANI, who shopped the laptop to some reporters), and of becoming unknowing pawns in politically-motivated information in the lead-up to the election.

There were concerns of repeating the same steps that outlets took in 2016 and uncertainty about the provenance of the actual material. Intel officials suggested it was deliberate disinformation. And the president’s son maintained that he does not know whether the laptop was his, and suggested that it could be a foreign ops campaign against him.

But the skepticism proved misplaced, raising the question: At one point did The Washington Post conclude it was fine to start publishing stories based on the laptops content?

West Wing Playbook asked several people at the paper, including executive editor SALLY BUZBEE, about the delay. In an email, Washington Post spokesperson SHANI GEORGE noted the paper had been attempting to report on the laptop since it was revealed, but had taken tedious, monthslong steps to sift through its hundreds of thousands of files to find newsworthy material before proceeding.

George said Post reporters requested copies of the laptop data repeatedly in 2020 from Giuliani and Bannon but did not receive the information until “well after the election (a point which the Post noted in 2020).” The spokesperson also told West Wing Playbook that after obtaining the drive, the paper spent months reviewing all of its contents, which it listed as including 129,000 emails, 36,000 texts and 36,000 photos, to “determine whether the drive contained potentially newsworthy information that could be used as the basis for stories.”

George said that the paper “determined there was newsworthy material among the correspondence for an initial story related to China,” and tasked forensic experts with authenticating them, resulting in a series of recent stories about the president’s son.

The Washington Post’s increasing appetite for laptop stories stands in contrast to its big rival.

Reporters at The New York Times began sifting through some of its contents last year. The paper’s primary reporter following the story said, in a since deleted tweet, that he didn’t obtain a copy of the laptop until last summer. One person with knowledge of the decision said the Times uploaded many contents from the laptop drive to an internal document sharing service for staff to potentially use as a resource on relevant Hunter Biden stories.

But unlike the Post, the Times has not extensively cited the laptop in recent months other than to briefly acknowledge the authenticity of a few select documents from it in stories about the president’s son. Part of that reflects the paper’s larger editorial mindset.

Times editors and journalists were deeply skeptical of the reliability of the laptop’s politically-motivated sources, and have generally approached major opposition research dumps with wariness (one staffer at the paper noted that Times took a similarly cautious approach in its coverage of the Steele Dossier). Reporters at the paper have also preferred to focus on the ongoing, intensifying Justice Department investigations into Hunter Biden’s taxes and foreign consulting work.

According to one source with knowledge of the paper’s deliberations, the Times’ standards desk in particular has taken an extremely cautious view towards stories about the laptop, occasionally to the frustration of prominent reporters in the newsroom who believe that Hunter Biden and the laptop deserved more scrutiny.

In a statement, a Times spokesperson said that while the paper doesn’t comment on internal processes or technical systems, the paper has reported “consistently and fairly” on Hunter Biden, and journalists at The Times are “constantly encouraged by editors and standards leadership alike to pursue dogged reporting on newsworthy topics.”

That caution has continued to provide fodder for conservative media publishers which have zealously published information and salacious photos gleaned from the computer.

The New York Post spends much of its time these days taking self-satisfied victory laps over the decision to publish stories and images from the laptop before the 2020 election. The Post has published numerous editorials in recent months slamming the Times, Washington Post and even this newsletter over much of the mainstream media’s caution surrounding the laptop and its contents.

TEXT US — Are you BEN HALLE at the Transportation Department? We want to hear from you. And we’ll keep you anonymous if you’d like. Or if you think we missed something in today’s edition, let us know and we may include it tomorrow. Email us at [email protected] or you can text/Signal/Wickr Alex at 8183240098.

This one is from Alex. After being sworn in on Inauguration Day, which vice president was so embarrassingly drunk during his speech that two senators introduced a resolution calling on him to resign.

(Answer at the bottom.)

FIRST IN WEST WING PLAYBOOK: ALEX HASKELL is now the chief of staff at the Office of Legislative Affairs at the White House, two White House officials told DANIEL LIPPMAN. He most recently was senior deputy associate counsel of the Office of Presidential Personnel and is also a Senate Judiciary Committee alum. KAITLYN HOBBS DEMERS, who was special assistant to the president and chief of staff of OLA, has left the White House to spend more time with her two kids. She is still deciding her next step.

ANOTHER DISPATCH FROM THE DEPARTURE LOUNGE: ANTONIO WHITE is leaving the Treasury Department, where he is deputy assistant secretary for community engagement in the Office of Public Affairs, Lippman has also learned. White, who joined near the beginning of the administration, revamped the engagement office and is leaving to pursue other opportunities.

Facebook is taking action to keep its platform safe

We spent $16 billion to enhance safety and security across our platforms over the past 6 years. That’s enough to build 7 pro stadiums.

And it’s just one example of the work we’re doing to create safer connections.

Learn more about our work ahead.

@meena’s TAKE: MEENA HARRIS, the vice president’s prominent niece, weighed in against the recall of the controversial San Francisco district attorney CHESA BOUDIN. She wrote: “fight back against tough on crime misinformation & fear mongering. The recall strategy is part of a national right-wing playbook.” The vice president, who previously held the district attorney post in the city, has not weighed in on the race.

WAITING: Biden is likely to decide later this summer whether to partially forgive student-loan debt for millions of borrowers, WSJ’s ANDREW RESTUCCIA and GABRIEL RUBIN report. The White House reiterated that “no decision has been made.”

GRIM: Biden officials in recent months privately discussed how many daily Covid-19 deaths it would take to declare the virus tamed, three people familiar with the conversations told RACHAEL LEVY.

“Five hundred a day is a lot. You still have 9/11 numbers in a week,” one person involved in the conversations last year said. “People generally felt like 100 [a day] or less, or maybe 200, would be OK.” But the idea never became official.

RUBIN’S FAVE: The Washington Post’s JENNIFER RUBIN, who the White House often touts, urged Biden to elevate Secretary Buttigieg and perhaps give him a promotion. “Since he’s the best messenger the administration has, Buttigieg needs a post commensurate with his talent, even if it means booting out less adept advisers,” she writes today.

GARLAND MAKES HIS MOVE: MERRICK GARLAND’s Justice Department charged leaders of the Proud Boys — the pro-Trump extremist group that played a central role in the Jan. 6 Capitol attack — with conspiring to use force to oppose the presidential transfer of power. More on that here from POLITICO’s KYLE CHENEY, JOSH GERSTEIN and NICHOLAS WU. 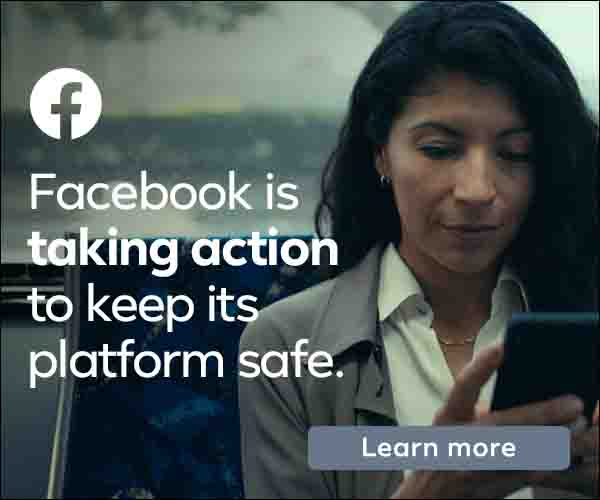 Anger and heartbreak on Bus No. 15 (WaPo’s Eli Saslow)

He received the president’s daily brief and delivered remarks on the May jobs report.

AND NOW… SOMETHING FUN

Usually, we do our “Oppo Book” item here but we’re going to experiment with different ways to end the newsletter. Let us know if we miss the mark — or feel free to send your own ideas.

Today, it’s basketball. West Wing Playbook decided to check in with White House senior adviser and NBA superfan GENE SPERLING on how he thinks the NBA Finals are shaping up. In an email to us Sunday night after guard JORDAN POOLE helped the Golden State Warriors even the series with the Boston Celtics, Sperling said he regretted not singling out Poole as a possible X factor in the series.

“Seriously was going to predict Jordan Poole as key swing factor,” he said. “Obviously as a diehard Michigan fan who will never forget Poole’s last second three pointer to beat Houston in 2018 and send Michigan to the Sweet 16 (and ultimately to Finals) it might have seemed to lack objectivity. But alas, I hesitated and missed a chance to have a rare projection prove right. Teaches me.”

We have over 40,000 people working on safety and security

That’s more than the size of the FBI. And they’re working to create more meaningful connections for our communities.

That’s just one example of the work we’re doing.

Facebook is taking action to keep its platform safe.

Learn more about our work ahead.

ANDREW JOHNSON. The whole incident is too ridiculous not to share.

At ABRAHAM LINCOLN’s second inauguration in 1865, the proceedings began in the Senate Chamber. In front of Lincoln, both houses of Congress, the cabinet, and the Supreme Court, a clearly inebriated Johnson began delivering an address that shocked people in the chamber. “I am a plebeian. I glory in it. . . . I am a-going for to tell you here today, yes today, in this place, the people are everything,” he said.

At about the 20 minute mark, he turned around with his back to the audience to take the oath of office. Per the Senate’s own history of the incident, Johnson held up the Bible and said, “I kiss this Book in the face of my nation of the United States.” Several weeks later, he was president after Lincoln was assassinated.

According to that Senate history, Johnson “had spent the previous evening drinking with the secretary of the Senate. Before reaching the Chamber that morning, Johnson stopped by the vice president’s office. There, to ward off travel fatigue and the lingering effects of a bad cold, he reportedly consumed three glasses of whiskey.”

A CALL OUT — Do you think you have a more difficult trivia question? Send us your best question on the presidents with a citation and we may feature it.

Buy an LG Gram laptop and get a portable monitor FREE